Wayne Glick was a man of deep faith who prior to his career in college administration taught History of Religion and other courses on Theology. Wayne was also an exceptional teacher, administrator and public speaker.

Wayne loved baseball, and at one time, he was the baseball coach at Bridgewater College in Virginia. He was a Chicago Cubs fan since 1931, and like most Cubs fans, he never gave up on his team which hasn’t won a World Series since 1908. Wayne died on October 27, shortly after the Cubs lost the National League Championship to the New York Mets. I believe he hung on to life to see how far the Cubs would go. 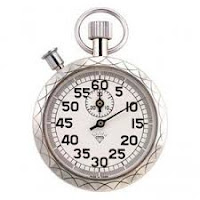 In his book, The Ten Second Rule, Clare De Graaf suggests that when we are nudged by God to perform a kind deed, we should act on his prompt immediately before other voices begin to suggest all the reasons for delay.


I removed my “Ten Second Rule bracelet” sometime ago. Because of my missed opportunity to speak to an old friend and colleague, I am wearing it again.