Comments on Our “Thought Life”

Our son, Doug, takes time every weekday to publish a meaningful quote which he forwards to friends, family and business associates.

A recent quote was written by Ralph Marston who has a website titled The Daily Motivator. The link is: http://greatday.com/nmot/ralph.html :

“Your destiny is to fulfill those things upon which you focus most intently. So choose to keep your focus on that which is truly magnificent, beautiful, uplifting and joyful. Your life is always moving toward something.”

Marston’s quote inspires us to concentrate on that which is satisfying and good in our lives. Although the writer  claims The Daily Motivator is not intended to be a religious publication, his quote reminds me of a passage in Paul’s letter to the church at Phillipi: 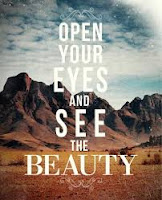 In a world filled with conflict, negativity and discord, it is often difficult to follow Paul’s wise counsel, but thanks to people like Marston, we are reminded that one secret to happiness and joy is a “thought life”  that focuses on that which is pure, noble, worthy and optimistic.

“Think of all the beauty still left around you and be happy.”

Do you Need an Attitude Adjustment?

The American Psychological Association defines anger as, “An emotional antagonism toward someone or something you feel done you wrong.” In my case fits of rage have focused on things that won’t do what I expect them to do . . . like the weed eater that I hurled into the woods when it wouldn’t start or the radio I launched from the deck because it wouldn’t play.

I maintain that I have inherited what the family calls the Houck Temper gene which is a reference to my Grandpa Houck who was known to get angry with both people and things.

Franciscan Friar and ecumenical teacher, Richard Rohr tells a story about a monk with anger issues who lived in a monastery in the desert. Assuming that complete isolation and constant contemplation would enable him to conquer his ill temper, the monk moved to a cave to live in complete isolation. 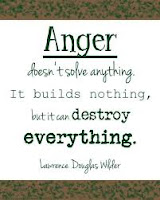 One day he filled his earthen jug with water, and when he put it down, it fell over. He filled it again and it fell over again. After one more fill and fall, he picked up the jug and in a rage he threw it to the ground where it broke in many pieces.

Realizing that his anger problem had nothing to do with where he lived, he returned to the monastery and announced that his experiment with isolation failed. In his report to the monks, he might have used the words of Pogo who said, “We have met the enemy and he is us!”

The only difference between someone who keeps his cool and someone who loses it is the loser settles for less than he can be.

From Paul’s letter to the Church at Ephesus, we read this passage about controlling our temper:

“Get rid of all bitterness, rage, anger, harsh words, and slander, as well as all types of evil behavior. Instead, be kind to each other, tenderhearted, forgiving one another, just as God through Christ has forgiven you."