The Apostle Paul and the Washington Redskins

Growing up in Gettysburg, Pennsylvania, back in the Forties I was a Washington Redskins fan. From 1940 through 1945, the Skins won four NFL East Division Championships, and I rarely missed listening to each game on the radio on a Sunday afternoon.

On October 27, 2014, the Redskins played the Dallas Cowboys who had only lost one game by that date. Prior to the game, everyone of the pundits picked the Cowboys to win, but through determination, perseverance and passion for the game, the Washington Redskins won.

Two thousand years ago, the apostle Paul was not familiar with any sport remotely similar to modern American football, but his letters reveal a general knowledge of the popular athletic events of his day like running, boxing and wrestling. As a result he often used a sports metaphor to remind church members that a Christian life also requires training, discipline and strength of purpose.

In addition, St. Paul told his readers that the prize for athletes is a perishable garland of green leaves, but the prize for faithful Christians will never die! In a letter to his close friend, Timothy, the aging apostle Paul commented on the prize he anticipated as a result of a life devoted to the Lord.

I have fought the good fight, I have finished the course, I have kept the faith; in the future there is laid up for me the crown of righteousness, which the Lord, the righteous Judge, will award to me on that day; and not only to me, but also to all who have loved His appearing.

The Ladder of Life 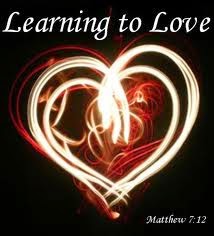 In the early stages of our lives, we climb a ladder to create a personal identity, give context to our being and establish those traits and characteristics that make us unique. It is a journey we all make, and there is no reason to apologize for it. It’s called waking to life, and it involves creating a home and family, working, exploring and experiencing being alive.

For moral guidance on our journey, The Ten Commandments have served the faithful throughout the world for over thirty-four centuries. What some people may not remember is that Jesus gave us a new commandment. In the Gospel of John, we read:

Learning to love God and one another as God loves us is, perhaps, the greatest life lesson we’ll ever learn, and it ultimately leads to a spiritual awakening, humility, inner peace and joy.

In the Gospel according to John, we read Jesus’ promise:

"I am the resurrection and I am life. If a man has faith in me, even though he die, he shall come to life; and no one who is alive and has faith will ever die.”

I remembered that promise recently when Nancy and I attended  a memorial service for our friend, Virginia Marks. Everything we know about Gini suggests she lived a virtuous life and she believed in Jesus. Her children loved and admired her. She was a good wife to her husband, Charlie, and she was a faithful and active member of the Penn Yan United Methodist Church.

In his first letter to the Church at Corinth, the Apostle Paul writes:

“Eye hath not seen, nor ear heard, neither have entered into the heart of man, the things which God hath prepared for them that love him.”

I remembered that Bible verse when Nancy and I watched Heaven Is for Real, a movie based on Pastor Todd Burpo’s book about his four-year-old son, Colton, who had emergency surgery in 2003. In the months that followed the operation, Colton began describing his experiences in heaven where he met people about whom he could not possibly have known.

Labels: Heaven is for Real, I am the Resurrection and the life, Paradise

The year was 1944. World War II was raging, and students in schools throughout the country were collecting tins cans for recycling to produce armaments for our nation’s defense.

In January of that year, the six, seventh and eighth grade students at Lincoln School in Gettysburg Pennsylvania collected 28,903 tin cans to win Adams County School Honors for collecting the most cans. Melvin Sease topped individual collectors with a total of 2,724 cans.

In a formal presentation service in March, Sease was given the honor of accepting the Tin Can Salvage Flag in behalf of all students.

The program was held in the school auditorium and Judge W. C. Sheely, the master of ceremonies, introduced the speaker, Dr. A. R. Wentz, president of the Gettysburg Theological Seminary.

The program was opened with the reading of the Bible followed by the reciting of the Lord’s Prayer, the salute to the flag and the singing of “Come Thou, Almighty King.”

It’s been fifty-two years (1962) since the U.S. Supreme Court first ruled that government-endorsed prayer in public schools is unconstitutional. Over the years since 1962, the vacuum that decision created has been filled by what is known as “limited public forums”… faith based student clubs who share their message now with clubs for atheists, humanists, agnostics, Wiccans and Satanists.

Our pubic schools have gone from reading the Bible and prayer to clubs for followers of Satan in sixty-two years. My how times have changed!