Prisoners of a Wired World? 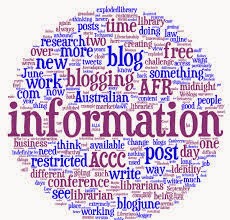 When my Dad was a young man in the early 1920’s, he built a crystal radio receiver, a simple, inexpensive device that became a major force in introducing radio to the public.

Since Dad made his crystal set over ninety years ago, technology has created so many gadgets to communicate with others that some believe we may have become prisoners of a Wired World. The technology that was supposed to free up time for relaxing activity has made life more hectic and frantic.

Alan Lightman, author of A Sense of the Mysterious suggests that at times, “we have a sense of being trapped in a world we cannot control.”  Lightman adds that technology has caused him to lose, “something of his inner self.”

Inner peace has little to do with technology and the stuff we gather around us. It does not come from a world in constant motion where we are  always on our computers or smart phones texting, emailing, Googling or Twittering.

Christians believe that inner peace comes from faith in a sovereign God and a trusting relationship with Jesus, the Prince of Peace. That faith offers believers joy and peace of mind and soul.
Posted by Bruce and Nancy at 6:04 AM